Who is Cy Grant?

I was contacted by the Cy Grant Trust to re-design their current website, it really needed a serious refresh. It was built using basic HTML a while ago and while it was perfect for the time it definitely needed an update. The thing about this project is that I am learning a lot about someone who was quite important to the history of Britain.

He was born in Guyana (then British Guiana), and served as a flight lieutenant in the Royal Air Force during the second World War. His plane was shot down and he spent two years as a prisoner of war. After the war he turned his ambitions to acting and was one of the first black person to be featured regularly on television in the United Kingdom, He appeared along side some famous actors like Elizabeth Taylor in The Sea Wife, Roger Moor in The Persuaders and even Captain Scarlet.

For the moment I think I am going to go down the route of a classic feel to the site, a lot of black to give that live stage feel here is a sneak peek 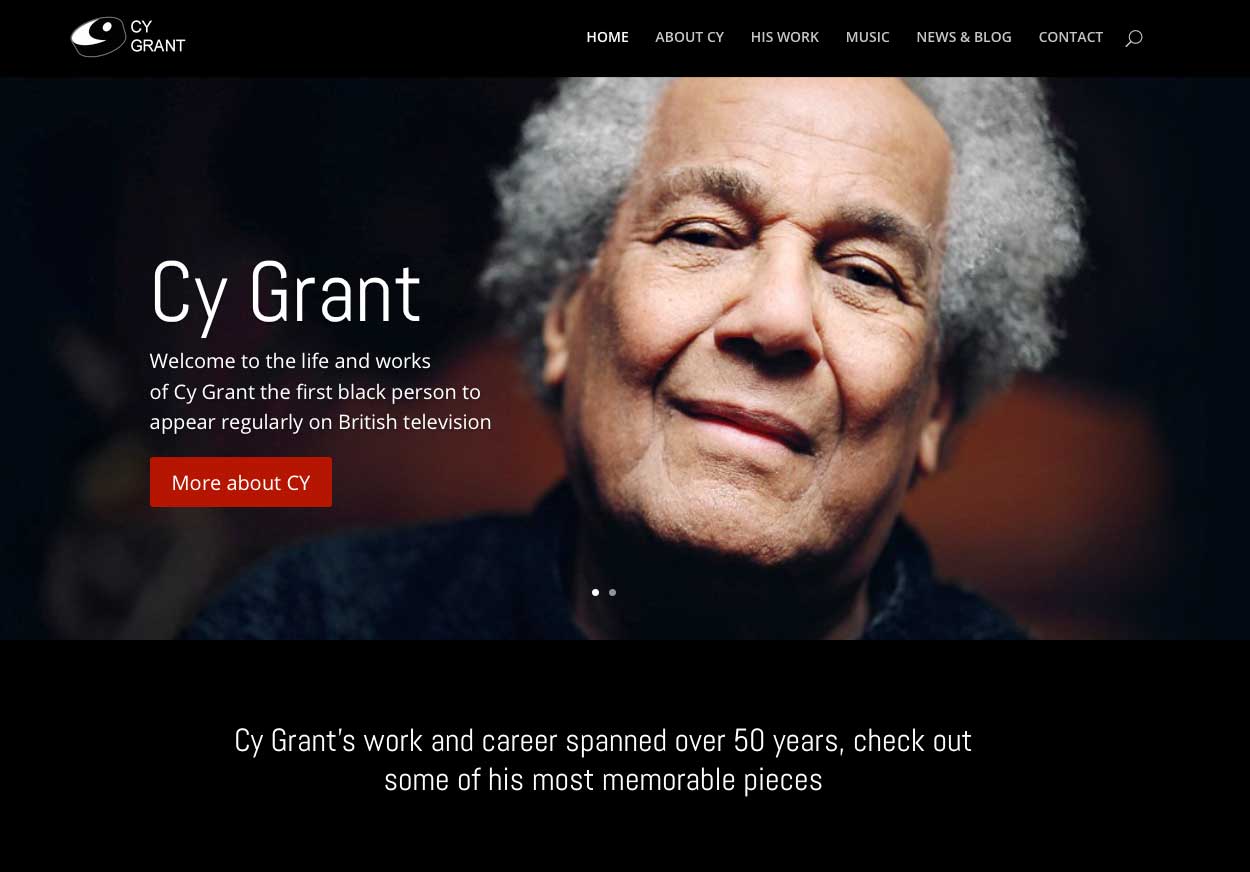 The logo was already done and has to be used but I think we should separate the Cy Grant logo from the Cy Grant Trust logo.
I might have a go at putting together a new logo.
Share This